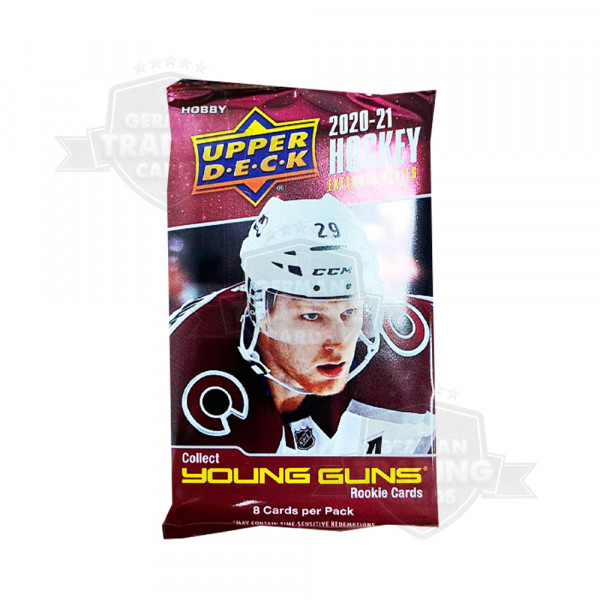 - Complete your 2020-21 Upper Deck Base Set - the most cherished and widely-collected annual set in hockey!: With more than 700 cards over three series, including over 125 Young Guns this is the most extensive base set in the 30-plus year history of Upper Deck's iconic flagship series. Collect the Exclusives (#'d to 100), High Gloss (#'d to 10) and French parallels, as well as both Hobby Exclusive Clear Cut PETG parallels (Regular & Exclusives).

- Also look for the continuation of the inaugural Dazzlers - Blue and Dazzlers - Pink insert sets. Collect cards 101-150 of both brightly-colored collections.

SPx Finite - A mix of star veterans and rookies. Look for Radiance and Spectrum parallels. All cards are 40 pts. and serially-numbered.

HoloGrFx NHL/HoloGrFx - Star veteran and rookie sets, and a Gold parallel of the rookie set.

UD Pros and Prospects - A serially-numbered collection of star veterans and rookies.